The Film was made at the residency in Cammin-Mecklenburg at Gelbes Haus.

Synopsis
Point Blank tells the story of a picture in the making.
As if drawn by an invisible hand, a room appears, then a woman on a stool, and then a gun.
The objects come and go, transform and morph until they seem to have found their final form and position within the order of the picture. These changes trigger a kind of imaginative storytelling in the mind of the onlooker, which is dramatically enhanced by the suspense-packed film score by Sieghart Schubert.
Thus one not only witnesses the creation of a drawing but also of a film, subtly blurring the line between the two forms of storytelling techniques.
The lifesized drawing was created solely on a tablet as a digital drawing. It can be seen at „point blank range“ on a corridor wall of a manor house in eastern Germany. 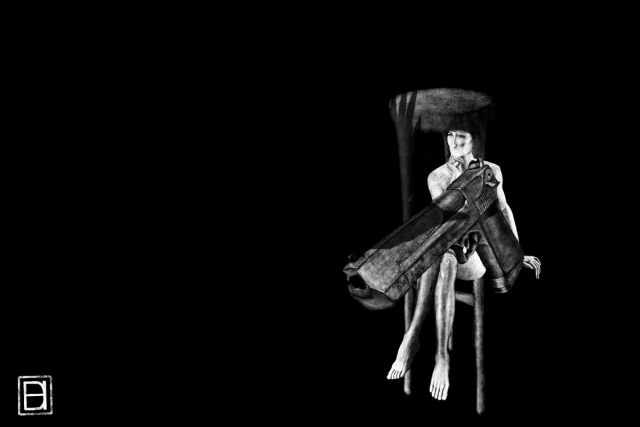 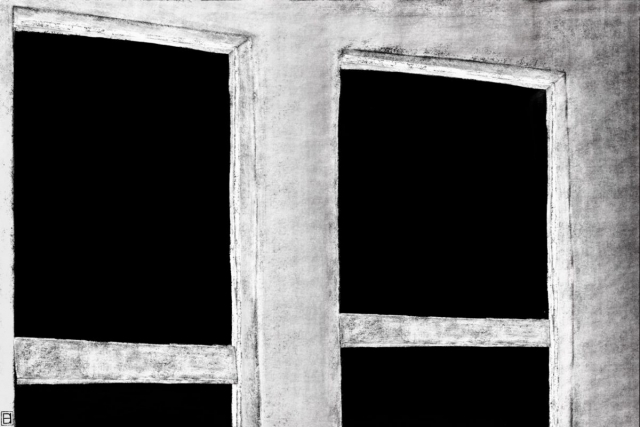 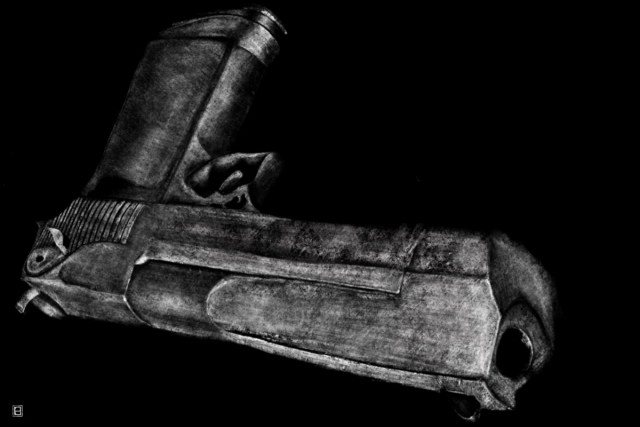 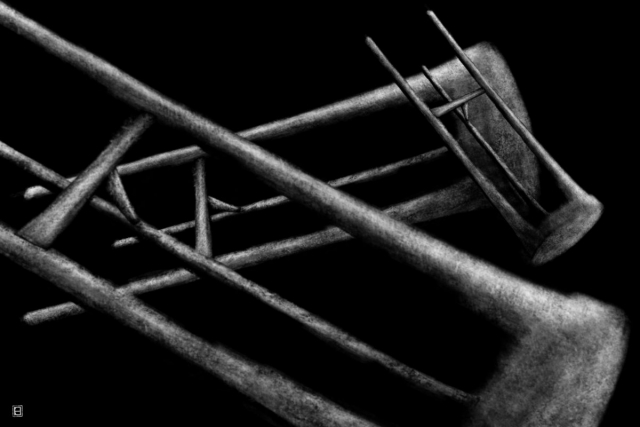